It was 3 AM in the morning, there was not a single soul on the road, except for a couple who were seen heading towards the nearest bus stop. Were they crazy? Well. They did not think so. At that moment they were focused on reaching a scheduled Art of Living Happiness program they were organizing at Vijayawada. Amrutha and Shiva’s commitment was one among the many that were yet to spoken about, which someday might become bed time stories for their children and grandchildren.

Shiva was initially living in North Carolina USA and Amrutha in Vijayawada.

That was when they got acquainted through the Art of Living Matrimony App. Initially Amrutha as a south Indian bride from the Art of Living family was not too keen on a Telugu groom from USA. Suddenly, Shiva got the news, from his company, that he had to move back to Vijayawada and one can call it coincidence or destiny that both their work places were close to each other. Shiva told “Since both of us lived and worked close by, we got many chances to spend quality time and know each other.” Since they got their time together for nine glorious months before they were pronounced man and wife, it’s obvious that they made some wonderful memories together and one was definitely their engagement day.

Amrutha told “From the day we met, we have been sharing many adventures together, engagement day was a glories celebration of our togetherness with blessing from all elders from both families and our wedding in Vijayawada was a bigger celebration of our becoming one on the path”.

Shiva said “From the day she became my wife or probably even before, she had believed that marriage has many advantages.” He continued “Marriage is definitely the best decision of my life. The feeling of having a constant buddy, in sadhana, seva and satsang is irreplaceable,”

They had an eventful courtship, a wedding, and now living a fulfilling married life. 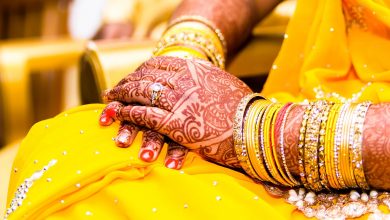 Significance of 10 Wedding Customs in India 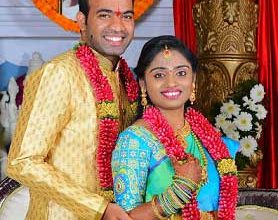 Secret of a Long-Lasting Happy Marriage 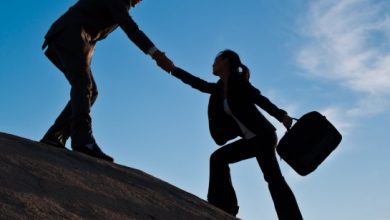 How Relationships help us Grow