India is known worldwide for its diverse cultures, traditions, ethnicities and languages. Adding vibrancy to this unique kaleidoscope of Indian culture is the Kayastha community, which is a part of the Vaishya Samaj as per Hinduism. People belonging to this community are settled in states such as Uttar Pradesh, Madhya Pradesh and Delhi.  Kayastha wedding rituals are known for their exuberance and grand celebrations. Let’s take a quick look at these rituals today.

The Lagan ceremony is the first ritual during a Kayastha marriage wherein a lagan Patrika (invitation), covered with barley, coconut and betel nuts is sent to the families of both the bride and the groom. The Groom receives gifts in the form of clothes, sweets, fruits, dry fruits etc. from the Bride’s family. Once the gifts are sent to the Groom, a Ganesh Puja is organised as a symbol of this auspicious beginning.

Like many other Indian communities, the engagement ceremony comprises of an enthralling ring exchange event when only special guests, close friends and relatives are invited. The function is generally organised at night when the guests enjoy an evening filled with music and dance.

Senior male members from both sides discuss and come to a consensus to decide an appropriate marriage date. The invitation list from the Groom as well as the Bride’s families is also finalised and exchanged.

In most cases, the Bhat Nyotna ceremony in a Kayastha wedding is scheduled a couple of days before the marriage. Here the bride’s mother personally visits the Groom’s home to invite his family for the marriage. The same ritual is followed by the Groom’s side as well.  Later, invitations are sent to other relatives and friends.

The significant ritual of Haldi Kutai is observed by the ladies of both families where they adorn a Chunri, Tika and Nath. A fine powder of turmeric is sent to the bride’s family which is applied as ‘Ubtan’. Throughout the function, the ladies sing and perform on authentic folk songs.

During the Tilak Ceremony of a Kayastha marriage, male members of the bride’s family visit the groom’s house with gifts. The function begins with a pooja, following which the groom receives special presents like gold & silver jewellery, apart from clothes sweets and dry fruits. Symbolically, this ritual represents the fact that the groom has been accepted by the bride’s family.

In the next jubilant ceremony, specially organised by the ladies, Mehendi is applied by an expert on the palms and feet of the bride and the other ladies of the family. The same function takes place in the groom’s family wherein Mehendi is applied as Shagun.

On the big wedding day, a hey roof is constructed using four bamboo posts and is decorated with banana and mango leaves. The wooden Harish is carried by five elder male married members of the family and placed at the centre of the mandap. It is here where the main wedding rituals take place.

During the Haldi ceremony, turmeric that’s presented by the bride’s mother is applied on the groom’s body. The same function is organised at the bride’s place as well. As per traditions, the ritual is performed to ensure glowing skin.

The groom’s mother performs the Paricchavan ritual just before the Baraat by applying tilak on the Groom’s forehead to ward off bad omens. The Baraat is a procession of the Groom and his family members which begins at a temple and moves slowly towards the venue. The Groom’s family members arrive dancing at the venue and they are greeted by the bride’s family members, followed by the Dwaar puja. The actual wedding ceremony is attended only by close relatives. It takes place after the other guests have dinner an make a move. Two priests perform the pooja which continues throughout the night.

The Imli-ghutna ritual is performed by the maternal aunt and uncle of the groom to bring good luck. The marriage comes to an end with Vidaai when the bride gets emotional as she bids goodbye to her parents and starts a new journey in life with her husband.

Each celebration has a flavour of its own. It’s amazing to explore different wedding traditions from communities across India, and the Kayastha community is one of them.

Significance of 10 Wedding Customs in India

5 Ways to Strengthen Your Intuition 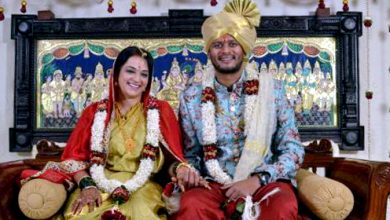