Right when the couple is rejoicing their decision of tying the knot and imagining their life together, “that” kind of nervousness begins to creep within the guys. And what exactly is that “that”? The nervousness to confront her father and answer his questions!

Fathers never really fail to abide by the promise they make to their daughters – to protect them – do they? So, ladies, one way to know if he’s really ‘The One’ is to get him meet your Dad! A meeting with the girl’s father is an age-old technique and is likely to give you 100% fair results.

That being said, let us explore questions a father-in-law usually asks his future son-in-law. Guys! brace yourselves!

With this question, the father-in-law tries to gain a clarity whether his prospective son-in-law would or would not be able to tackle the challenges life throws their way. The son-in-law must answer in a way that makes his father-in-law believe that yes, he realizes that marriage means commitment for life and is a massive decision. Obviously, it must come out with utmost honesty and sincerity.

If you feel it really, it will be seen.

This question might have come before the son-in-law several times but this time, it must be solid. At least solid enough to convince the man himself. The father-in-law expects the answer to be beyond all the superficial aspects. It must be the real things, right from the very basics to the deep and beautiful ones. Remember, it isn’t about dating. It’s about getting married!

Love is the oxygen to any relationship but hey, when a relationship is progressing towards marriage, practicality plays a very crucial role. The father-in-law wants to know if his future son-in-law can build a home and thus, a family. The father-in-law would never want his little girl to suffer or compromise (unrealistic but that’s how fathers are) and by asking this, he wants to know if his future son-in-law is a ‘family person’ or not.

The father-in-law wants to be sure his little girl is in right hands. He doesn’t want her to get hurt, emotionally and physically, and wants to put his future son-in-law’s maturity to test. He’s giving the “to-be husband and wife” a heads up that every day in a marriage is not a fairy tale. Life happens and it even tends to ugly. Despite the odds, can they manage to deal with everything that comes along and live life together?

And with this, the father-in-law means everything! Right from taking her to shop to comforting her during lows, from her life ambitions to motivating her and right from putting up her unpredictable behaviour to understanding and loving her tirelessly. And here’s a tip for all the future sons-in-law: He wouldn’t settle with a “Yes”.

So, there you go. These are some questions that fathers-in-law should ask their future son-in-law. But, don’t settle for these. A father’s love is unconditional, pure and brave. He wouldn’t give up until his heart is satisfied. After all, he’ll be giving his princess to someone. How could he settle for less or mediocre?

The Art of Living Matrimony understands the insecurity fathers feel at this moment. Thus, we’ve provided a platform that encourages transparency and thrives on honesty. Dearest fathers, your daughter is safe and very much comfortable here!

What does a Gujarati Bride wear in her Wedding? 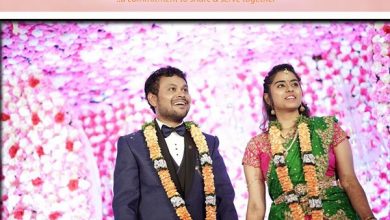 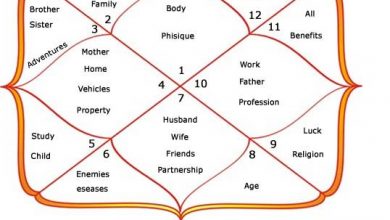 Importance of Kundali Matching in an Indian Matrimony

The Perfect Blend: Kannada Weddings are a Happy Mix of Simplicity & Celebrations